Z - Go back to previous level

This  was really fun to play! Sort of got me dizzy though :')

I really enjoy this game! It's simply fun and challenging! And the flow is dead on to keep you engaged and builds from previous levels. Well done!

Just beat it. I have to say it's pretty rage inducing.

I'd love to see it as a mobile app, have more levels and nerf rule *cough* level 34

Well done and thanks for taking the time to play through! After finishing and  seeing some of my friends play it, I realize some levels definitely  went a bit overboard :)

Great mechanics on this one! As already mentioned, the difficulty curve and how some levels are more puzzle-like than others is worth thinking about. For me, I enjoyed the puzzle-type a lot more.

Anyhow, a great concept and implementation. :)

Thank you! I'll make sure to keep that in mind if I come back to this game!

From what I've played, this is pretty good! the concept is neat, and reminds me of several flash games I've played in the past. Controls were tight. There was very little in the way of difficulty controlling where I wanted to go. New mechanics such as doors and immovable blocks were also a neat touch. Only issue is difficulty curve. The levels tend to vary from easy to hyper precise, and back to easy in the span over 3 levels. Other than that though, I like it!

Thanks for the kind feedback! I definitely agree that in retrospect, some levels spike up the difficulty a bit too much. I had some levels that were more "puzzley" and some "skill" ones, and  I think the precision was a result of me getting too used to them while testing, so my quick and dirty attempt at fixing that was the skip buttons. 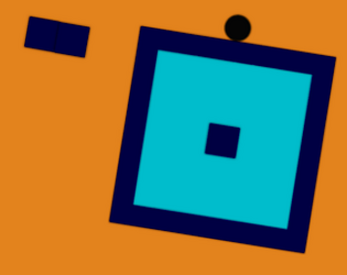